My favorite author of the “weird tale,” and by extension supernatural horror in general, is Algernon Blackwood. Blackwood was enormously popular as an author of ghost stories—or so they were classified—in the early decades of the twentieth century, and his legacy has stretched on through the many authors who learned their sense of the supernatural and the transcendental through his work. He was a direct influence on my Gothic horror story “The Shredded Tapestry.” With the possibly exception of M. R. James, Blackwood is the author most suited toward quiet reading on October nights.

Most readers came across Blackwood’s work in anthologies of ghost stories or in “Best of” collections like Penguin’s Ancient Sorceries and Other Weird Tales. Small presses have brought out editions of Blackwood’s original collections as they were first published. The Complete John Silence Stories contains the full text of John Silence—Physician Extraordinary (1908), and there are also small press editions of Incredible Adventures (1914) and the volume I’m looking at here, The Lost Valley and Other Stories (1910), the fourth of Blackwood’s original collections. Since most of Blackwood’s work is in public domain, you can find ebooks containing almost all his short stories—with more or less adequate formatting—including the ones I’ll discuss below.

“The Lost Valley” isn’t strictly horror, but it’s filled with neurosis bordering on psychosis and has an emotional intensity that grips tighter the longer it goes. Blackwood delves into the mind of Dr. Stephen Winter, who has an undying and reciprocal devotion to his twin brother Mark. But while they are on an amateur geology and folklore-gathering expedition in the Jura Mountains, Stephen falls in love at first sight with the mysterious girl Katya—and finds out that Mark has fallen for her as well. The entire world for both men teeters on a choice between the woman of their dreams and their brotherly union. Hiding behind this love triangle is a local legend of a Lost Valley where the spirits of suicides dwell. Few other writers could carry off the mad passion of this story and its walk into the otherworld through nature’s beauty. The execution is flawless.

“The Wendigo,” is Algernon Blackwood’s masterpiece. (I’m a bit of an outlier in this assertion, since “The Willows” in the 1907 collection The Listener and Other Stories usually receives that honorific from most critics.) Blackwood seamlessly melds his pantheistic idolization of nature with a chilling encounter with Outer Horror. As the moose hunters in the wintry Canadian backwoods trudge deeper into the unknown Wilderness (often capitalized), Blackwood enriches his prose with portraits of the natural beauty he knew well, but “ever at the back of his thoughts, lay that other aspect of the wilderness: the indifference to human life, the merciless spirit of desolation which took no note of man.” Welcome to the most ghastly moose-hunting trip ever.

Blackwood didn’t invent the Wendigo, which originates in Algonquin mythology. S. T. Joshi, in his notes for the story in the collection Ancient Sorceries and Other Weird Stories describes the myth:

[The Wendigo] was envisioned in a variety of forms, sometimes as a cannibalistic Indian who breathed flames, sometimes as a spirit with a heart of ice who flew through the air. The conception was apparently inspired by native fears of starvation and exposure in the wilderness.

Blackwood embodies his version of the Wendigo as Nature beyond human understanding and “The Call of the Wild personified,” as one of the characters terms it. More recent versions of the Wendigo in media have leaned toward the cannibalistic side (such as the horror/black comedy Ravenous), but I prefer the creature of the wind Blackwood imagines.

I hesitate to write more about “The Wendigo”; the shivers it delivers are too wonderful to spoil. You should read it for yourself and discover the clutching fear of a voice screaming in the chilly night air far above the treetops: “Oh, oh! This fiery height! Oh, oh! My feet of fire! My burning feet of fire!”

The theme of reincarnation and memories of past lives appears throughout Blackwood’s work. In “Old Clothes” an imaginative young girl named Aileen starts to manifest stronger and stronger “imaginary friends,” and eventually indications of a past-life regression. Her Uncle George, at the insistence of Aileen’s widowed mother, tries to find out more about the girl’s intense imagination and its connection to the old Norfolk house where her mother has taken her. A violent piece of family history emerges, and the story contains a few nasty shocks at the conclusion.

“Perspective” is a bizarre work—not a great one, but fascinating for the way it unveils its author’s pantheistic views. The Rev. Ambleside, while working as a chaplain in Switzerland (where Blackwood was living at the time) has a strange experience while hiking that leads to him helping fix a schism between a couple in his church. The story is as simple as a coincidence, and for any other author would make for a tidy moral fabel. But Blackwood expands this premise into a cosmic expression of the Mechanism of the Universe expressed through the transformative, often overtly manipulative, power of the wilds. So slight a story, so immense a scope. Blackwood was no lover of organized religion, so his clergyman’s encounter with a greater force that guides him shies away from a personalized god and toward a broader, mystical interpretation:

The beginning and the end are forever hidden; and what appears insignificant and out of proportion when caught alone at close quarters, may reveal all the splendor of the Eternal Purpose when surveyed with the proper perspective—of the infinite.

It isn’t the best story in the collection, but “Perspective” might be the most personal for its writer.

Back to the creepy stuff. And back to twins, for behold now “The Terror of the Twins”! The briefest story in the collection is a neat shocker with a clever idea about a father’s curse against his unwanted twin sons. I’ve done work with linked twins before in my writing, so I find myself sympathetic to the horrific punishment the father exerts from beyond the grave. I’m surprised this one hasn’t gotten into more anthologies.

When struggling opera composer Le Maistre goes to see a show hoping for inspiration, he falls asleep and awakens trapped inside the empty, dark theater. But he senses he is not alone, and soon meets “The Man from the ‘Gods’” (the upper area of the stage) and witnesses a realization of his newest work. Ironically, this story about the spiritual power of artistic inspiration is the least interesting piece in The Lost Valley.

“The Man Who Played upon the Leaf” gets the award for weirdest title. (Unless you have no idea what a “Wendigo” is.) There is almost no “plot,” just the transcendental power of music as the nameless narrator discovers a hermit in the forests of the Jura Mountains who plays the most remarkable music on a leaf cupped in his hands. This gentle musician follows a nature god and lives as an outcast from the world of organized religion that has no time for him. It’s clear where Blackwood’s sympathies lie, and even though this is a gentle fable, the writer’s personal discomfort with the formalized Christianity in which he was raised is impossible to miss. The supernatural plays only an effervescent role here, the slight touch of the Great God Pan.

Another brief story, “Carlton’s Drive,” takes us on a supernatural terror ride with a drunk and despondent young man who steps into the wrong hansom cab and into a flashing world of the horror … of his own life. The moral is a bit neat, but the literary effects are thrilling.

The collection concludes with one more novelette, “The Eccentricity of Simon Parnacute.” Professor Parnacute is anything but eccentric, however, as the story tells us at the opening:

Convention ruled him, body, soul and mind. To know a disordered thought, or an unwonted emotion, troubled him as much as to see a picture crooked on the wall, or a man’s collar projecting beyond his overcoat. Eccentricity was the symptom of a disease.

Yet one beautiful spring day, Prof. Parnacute spies a thrush in a cage, and buys it for the pure purpose of releasing it. A strong moment of impulse, and the professor fears he will pay for it. He does, but in the most unexpected and wonderful way. A strange policeman comes to him, a “World-Policeman,” who promises to free Parnacute from his own cage. What Parnacute does with the visions this entity grants him make for an immensely moving tale, one where Blackwood reaches out to ask his readers to see if they too live in cages like Parnacute. It’s the strangest piece in the collection, but the ethereal uplift is the perfect way to close The Lost Valley and Other Stories.

Featuring my science-fiction story, “The Invasion Will Be Alphabetized.” 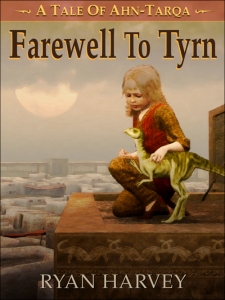